After a successful 2015 season that saw our first skiers in the dualski, our second season is on it's way to being just as good.

Our 2015 program saw a new Tessier dual ski delivered, 3 ski school scholarships and 5 individual ski days, all provided to disabled skiers at no cost to themselves.

We also trained 4 new ski buddies and introduced the ski to ski patrol and provided them with the evacuation system.

With temperatures at -30 with the wind, we decided to pass up opening day and wait for safer weather and ended up with two disabled skiers and 7 inches of new powder.

Gary is playing in Texas as a defensive end.  He is doing this to show veterans are still capable of living their lives after the military, divorce, PTSD, any number of problems.  Gary is also dedicating this to the 22 veterans per day who commit suicide - if you are feeling that way give us a call.

The FIA-certified F4 United States Championship Powered by Honda continues to gain momentum even as the weather turns cold in much of the country, with Crawford Composites continuing to build the chassis that the entry-level open-wheel series will race in 2016. Max Crawford, the Director of the Racing Division for Crawford Composites, recently sat down to discuss the current status of the car.

Our partnership with Crawford Composites - news 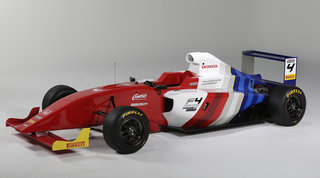 AUSTIN, TX (September 17, 2015) – The Sports Car Club of America, in conjunction with the Automobile Competition Committee of the United States, today announced the arrival of FIA Formula 4 competition in the U. S., with SCCA Pro Racing to organize and sanction a five-venue, 15-race professional series starting in 2016.

SCCA Pro Racing will partner with chassis manufacturer Crawford Composites, engine supplier Honda Performance Development and Pirelli Tire North America to develop the spec chassis/engine/tire package to be utilized in the new series, which will be homologated in accordance with Federation International de l’Automobile Formula 4 specification.

“Along with the FIA, SCCA Pro Racing sees the cost of racing equipment and operations as significant limiting factors in open-wheel racing participation,” said Robert Clarke, President of SCCA Pro Racing. “The model for F4, based on a simple, yet contemporary vehicle, with strict price controls, is designed to entice new young drivers from karting into cars. We are excited about bringing this opportunity to the United States and the aspiring young racer.”

“Given the global reach of Formula 4, it is both natural and essential that the category arrives in the United States,” said Stefano Domenicali, president of the FIA Single Seater Commission. “By introducing Formula 4, the hope is that more Americans get experience that proves valuable as they look to develop their careers. On behalf of the FIA, I must thank everybody at ACCUS, SCCA Pro Racing, and their partners for bringing FIA Formula 4 to the United States.”

The series will utilize the new, American-built Crawford carbon-composite chassis and Honda K20 C1 2.0-liter engine, producing the FIA-mandated 160 PS (158 bhp). Pirelli PZero racing radial tires complete the package, now undergoing FIA homologation, which will meet the FIA price cap of US$45,000 for the chassis, including paddle shifters, data acquisition and camera. The Honda engine will carry a one-year lease price of US$6,600. Tires will be priced at approximately US$250 apiece, with a maximum allotment of six tires (three front, three rear) per race weekend.

“We are extremely honored to be selected as the United States F4 chassis manufacturer” said Max Crawford, President, Crawford Composites. “We have been designing and manufacturing carbon chassis components and complete carbon chassis for over 25 years for the highest level of motorsports. To be involved in this program, with partners like Honda and Pirelli, that focuses on attracting youthful energy and talent to open-wheel racing, is very exciting. We look forward to building a strong program together with SCCA Pro Racing and our partners.”

"We are pleased to partner with the FIA and SCCA on the launch of the United States F4 Championship series, which further reinforces Honda's long standing commitment to open wheel racing in America," said Steve Eriksen, vice president and COO of HPD. "The new Honda K20 engine will provide a fun, reliable, and cost-effective solution to power the dreams of racers honing their skills for a future in racing."

“I would like to thank the SCCA and partners for their support in selecting us to supply the tires for this championship,” said Rafael Navarro, vice president, communications and motorsports, Pirelli Tire North America. “This series is a logical next step for Pirelli, and is consistent with the company’s philosophy of promoting young talent.  We look forward to working with the partners to build a successful and visible program that helps develop and propel future generations of competitors.”

Intended as the “first step out of karting” for young racers, additional FIA requirements for Formula 4 include consistent organizational standards, technical fairness, stability and cost containment, with a full season of F4 United States Championship competition anticipated to cost approximately US$115,000 in 2016.

“Formula 4 and our continued FIA relationship represent our vision of the future for SCCA Pro Racing, one that will enable young drivers to become the top echelon of racers for tomorrow,” said Lisa Noble, SCCA president. “Embracing F4 and our dedicated Series partners gives SCCA Pro Racing the next step toward building that vision with a very exciting and modern race car package and the F4 United States Championship.” A 1985 Lola T900 race car converted to run on batteries is up for sale this weekend at the Auctions America event in Auburn, Indiana. The Brawner Hawk EX-11 was built as an experimental vehicle by Tony Brawner and current owner Billy Roe in 1992 to the tune of about $1 million dollars in sponsorship from Motorola, Arizona Public Service and Exide Batteries.

The open wheel single-seater is powered by a 180-volt motor from General Electric that gets its juice from a set of 16 old tech 12-volt led acid batteries located in the car’s side pods. According to Roe, there’s enough charge to complete just one lap of the 2.5-mile track at full throttle, or closer to five at highway speed.

Although it has taken part in a number of alternative energy racing events over the years, in 2011 it set a battery-powered track record at Indy of 106.897 mph. That’s just short of the car’s overall top speed mark of 107.16 mph, which it hit 20 years ago at the Phoenix mile.

The car has a pre-sale estimate of between $100,000 and $140,000 and is currently festooned with the words “Drill Baby Drill” on its sides, though it probably has more in common with the kind that dentists use than the ones up in Alaska

We have partnered with the Vets-Help.org, Inc, Crawford High Performance Composites, US Integrated Batteries Systems and their Innovation Partners, along with PIEG LLC (Developers of the $ 500 million Mangonia Park, FL, mixed-use development featuring a high end Technology School which is being incorporated on Vets-Help.org, Inc campuses).  The principals of PIEG are also US executives of the Spanish ADES environmental engineering and manufacturing company.  Our partners have designed a new F-4 electric racing car to be used in our own e-car race series.  The first ten have been agreed to for delivery this year and are being scheduled for races as they are delivered.  Our partners design, develop and manufacture electric vehicle components including batteries, motors, controllers, etc., so the ability for us to be the testing component is an outstanding combination for everyone involved, and gives us the basis to offer high end opportunities and jobs to our communities.  Our partners have pledged to support the EV Racing so we can jointly develop a whole new level of adventure to racing globally.

Race Series - Vets-Help.org, Inc race series team has successfully populated our tracks with our own proprietary race programs including the dormant Rolling Thunder series.  We have another proprietary series we have disguised as our “X” series.  We have initiated our own karting program that will also be used in our at-risk communities in major cities with additional partners.  We have signed agreements for other racing events, are working on a long-term partnership with a well-known racing personality to be based at our home track, which will also bring national television and serious national sponsors.  We are combining race events with music, private events, track days, etc.  We are in discussion with the US military to use our track for a variety of events.  Our initial goal was to make our campuses a destination, and we have made an excellent start. The Electric Vehicle Sports Racer (EVSR) is an innovative new fully electric (plug-in) race car designed, created, and campaigned by the team at Entropy Racing with the goal of creating a full series of electric auto racing for the 2017 season. Led by Charlie Greenhaus, the EVSR team has over 30 years of experience in motorsport, building cars, racing cars, organizing events, and hosting races. Our vision is to create a world-class race series using electric race cars that embodies the excitement, thrills, and entertainment of conventional motorsport.

The EVSR team began design work on November 1, 2013 and by March 2014 had completed two cars and started actively campaigning them.  The cars, built on a proven chassis using a straightforward design and reliable hardware, are the only electric cars that can be maintained and campaigned by an average club racer without special skills or factory support.

Recharge from “empty” to “full” in less than 2 hours